A big version of Mirlitones was commissioned by DordtYart, Dordrecht and shown in their space at the exhibition “Kunst Werkt” during April-September 2012 together with Krachtgever (1994-98). More info at www.dordtyart.nl

Mirlitones was commissioned by DordtYart, Dordrecht, Netherlands. The title refers to a primitive instrument that has appeared in a multitude of forms in various parts of the world. All these instruments exist of a hollow form with a membrane mounted that can be brought into vibration by blowing or singing. The best-known member of the family is the kazoo used until present times in pop music.

The point of departure for the work was the spectacular noise produced by children with minuscule plastic mirlitons in the cavalcade of the Funeral of the Sardine, the final act of the biggest fiesta in the Spanish town Murcia.

In 2004 we built giant lions roars for Último Esfuerzo Rural where we created a new context for age-old instruments. Also the Mirlitones are much bigger than their predecessors and produce a world of sounds little known in musical practice. The installation exists of suspended vertical pipes, one to three meters long, equipped with a vibrating membrane at the upper side. The air used to bring the membranes into vibration comes from a compressor and a web of tubes and taps controlled by a computer. Small fluctuations in the air pressure cause subtle changes in the sound, composed of many ultra-low frequencies, harmonics and phenomena like beats and combination tones that arise from simultaneously sounding pipes. Because all the pipes share the air from the same limited source they also influence each other resulting in a fragile and complex sonorous system, unpredictable up to the smallest detail. 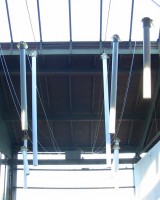 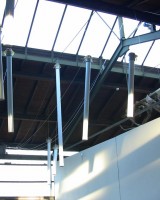 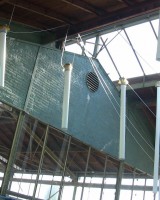 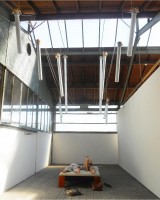 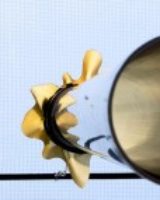 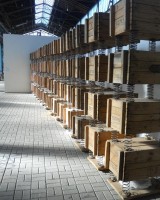 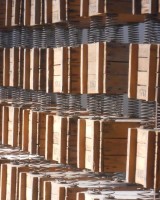