The installation Aguas Vivas also concerns the phenomenon of vibrations, but is, at least mechanically, simpler than ever before. One steel container filled with black oil, one oscillating motor, eight springs. Different to our previous vibratory projects we started concentrating on the image rather than on the sound. Instead of creating a non-linear system algorithmically we decided to build it physically. The oil is sent into vibration and the surface starts to undulate, changing constantly. Light reflected onto the surface of the oil is fragmented, instantly. The results are captured with a video camera and projected on a wall. The images are extremely energetic, never constant and very hypnotic. They vary from orderly patterns to chaotic snatches, while the only sounds produced by the construction itself are the sloshing oil and some noise from the oscillating motor and the springs.

The first prototype of the work, shown at TARt´96 at the University of Twente, Enschede, Netherlands, dates back to 1996, and the project has been changed and expended upon several times since then. At the exhibition Midivisi (2001) in Z33, Hasselt, Belgium, we added electronically processed amplified sound for the first time. The container, light source (a white neon cross), camera and microphones were located in the same space. In an adjacent space, the video image was projected together with amplified, processed sounds that were captured from the moving container, all realized in real-time. At ISEA 2002, Nagoya, Japan we premiered a new set-up with two simultaneous sound-and-image projections.

One projection is similar to that described above, the other shows still images captured in real time from the ever changing original material, revealing an otherwise hidden world. This visual transfiguration is accompanied by sound, which, once more processed, appears as a kind of “audio-still”. The relatively static second layer forms a mesmerizing counterpoint to the energetic and hypnotizing effect of the other projection. Summer 2003 the work was shown at the exhibition “Del Mono Azul al Cuello Blanco” in the Lonja del Pescado, Alicante. Here we added a circle to the image of a cross. This does not only enrich the emerging light patterns, it also widens the psychological impact of the piece, reminding of the many images from contemporary crusades of target marks in warfare, or simply of the traditional countdown at the start of a movie. November 2003 this version received a honorary mention at the competition VIDA 6.0, Madrid. 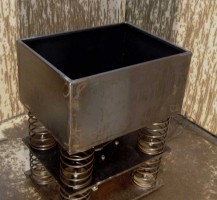 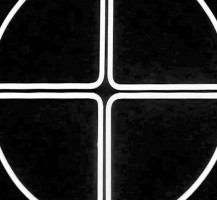 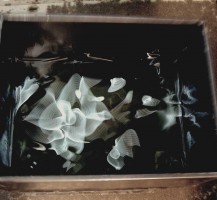 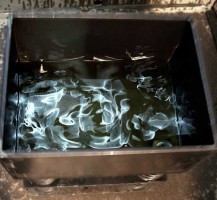 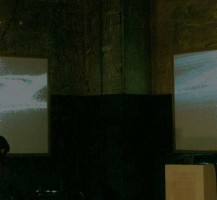 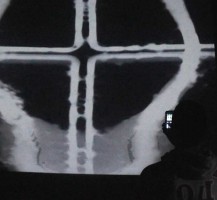 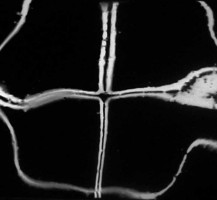 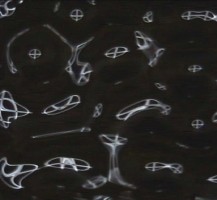 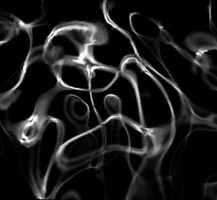 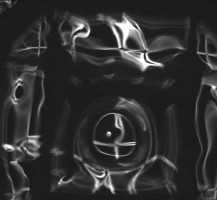 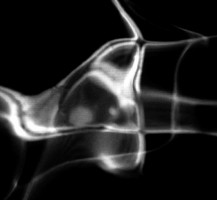 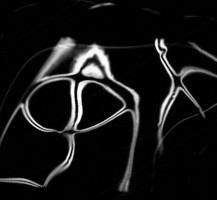 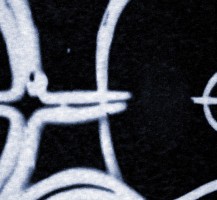 Special thanks to Günter Geiger for his assistance in the development of software.
Share