Último Intento Minero (Ultimate Mining Attempt) was commissioned by the Callejón del Ruido festival, Guanajuato. It was exhibited in the Sala Polivalente of the Central Building of the University of Guanajuato (Mexico), from March 26 to April 26, 2019, together with works by Karina Álvarez, Paul DeMarinis, Fernando Vigueras and Graciela Iturbide.

complete program of the festival 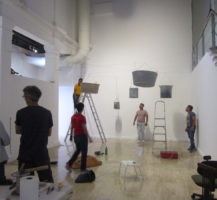 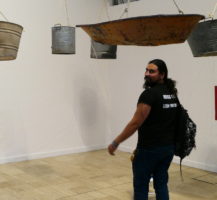 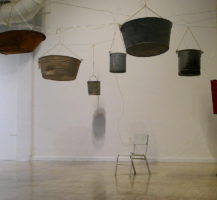 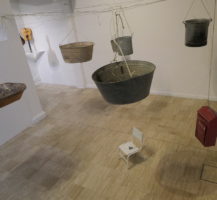 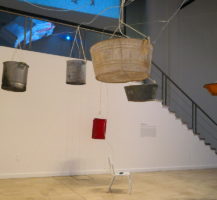 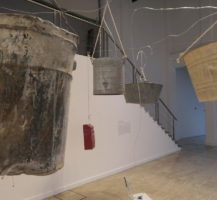 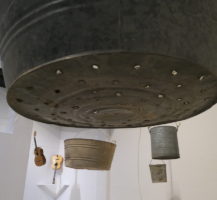 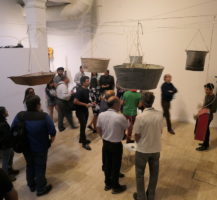 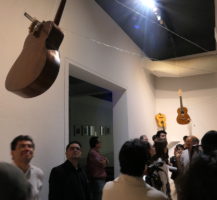 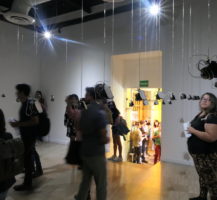 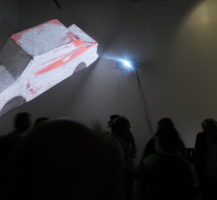 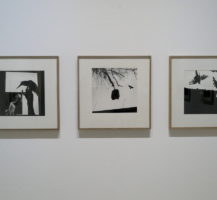 Pictures from the exhibition of the Festival Callejón del Ruido 2019.

Technically, Último Intento Minero works in the same way as the Último Esfuerzo Rural III-V series, but what makes it different is that we sourced our sounding objects from the area where the work was exhibited, in this case Guanajuato. The initial idea was to use objects from the mining industry since Guanajuato is a town with a very long history of the exploitation of its gold and silver mining. Once we were there we changed plans and searched for sound objects in scrap metal, which resulted in the incorporation of a wide variety of everyday objects, including a big pan for boiling tamales, a wheelbarrow, a chair, a mailbox and other vessels. These objects were not only more varied but were also bigger than the ones used previously in the series Último Esfuerzo Rural, and above all they produced much more powerful sounds. We hope that this work is just the start of a new series in which we transform the properties and history of objects that are characteristic of a city or country into sound and image.