“Water may be one of the main origins of the act of listening. From the watery maternal belly, passing through the resonance of the waves of the sea, the bubbling water in streams or the encounter of rain with solid surfaces of all kinds, the sound of water is constituted as a primary part of our acoustic DNA. Bosch & Simons bring with them a newly created work entitled Acuática, in which water becomes the main generator of musical discourse.”

Text written by José Pablo Polo. Full version at http://2019-20.vang.es/vang1 (in Spanish).
Special thanks to Ben Toth for correcting the English version.

Acuática premiered in October 2019 at CentroCentro, Madrid, as the first concert of the 2019-20 season of the VANG series. We captured and mixed the sound of air bubbles, produced by a compressor, in carboys filled with water. In Madrid we took advantage of the presence of an excellent PA, mixing the sounds manually and then amplifying them through a quadraphonic sound system. After the concert, the audience was invited on stage so they could listen to the sounds from nearby. The rather large number of sound sources and a relatively low air pressure resulted not only in a variety of water sounds, but also in a thick layer of drones that almost sound like electronic music.

Integral sound recording of the concert:

images of all versions, starting with the latest. 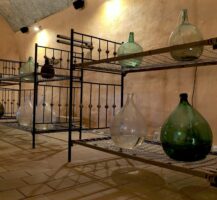 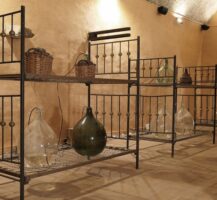 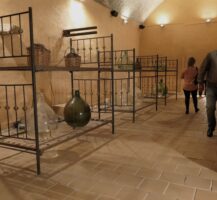 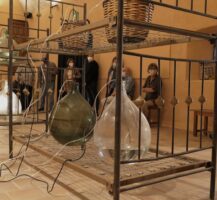 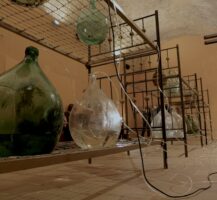 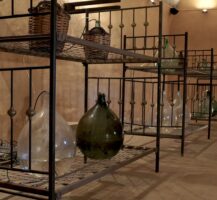 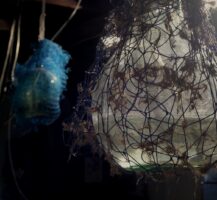 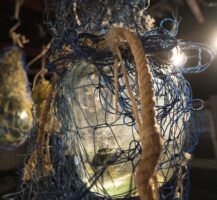 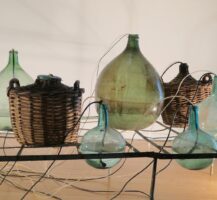 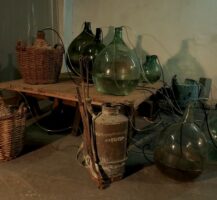 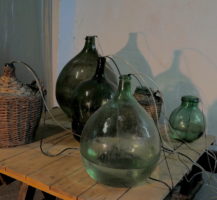 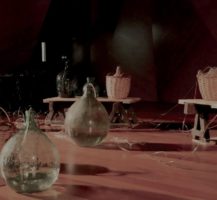 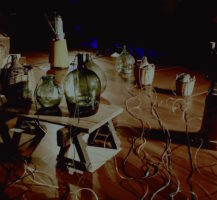 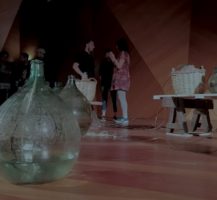 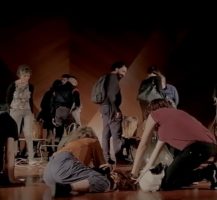 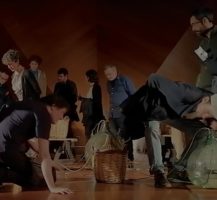 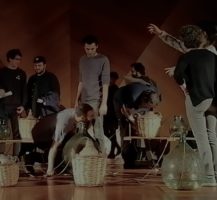 Following the premiere we investigated ways to present the work autonomously, looking for a soundscape of a meditative nature with an indeterminate duration.
February 2020 we developed a small, autonomously functioning version with only six sound sources, the half of the version in Madrid. In this version, that we submitted to the Powsolo Sound Art Contest, the mixing of the air and its sounds are being controlled by a mini-computer. Acuatica II is a rather meditative sound installation; its sound level is relatively low, which makes the amplified sound mingle perfectly with the sound that comes directly out of the bottles.
May 2020 we expanded the autonomous version up to twelve sound sources. Acuática III combines the qualities of the two previous versions. While it maintains the subtlety of version II, it certainly gained in complexity and dynamics for the mayor number of sound sources.
This version is on display at the project “Cultura online” of the Consorci de Museus de la Comunitat Valenciana
https://culturaonline.consorcimuseus.gva.es/es/simone-simons-y-peter-bosch/

In 2021 we picked up again both concepts. In August we gave some concerts at the Museu de la Pauma, Mas de Barberans, Spain, with a new set-up with 7 carboys placed on an aged and austere metal bed. The concerts formed part of the cycle “Ebre, Música & Patrimoni 2021”. Paisatges sonors de les Terres de l’Ebre, an initiative of the Museu de les Terres de l’ Ebre, Sant Carles de la Ràpita.

October 2021 we premiered two new versions simultaneously, at the Teatre del Raval in Gandía and at the Museum Vostell, Malpartida de Cáceres, both in Spain. In Gandía we introduced two new elements: We hung the carboys (7) in fishnets. Apart from aesthetics, hanging has the advantage of bringing sound and image nearer to our eyes and ears. An even more important change is the use of proportional valves. These valves can open and close gradually, which gives us the possibility to create a much bigger variety of timbres and sound volumes with the air bubbles than with simple on/off valves.

More info about the festival at: https://rrrrfestival.org/en/

At the Museum Vostell we used simple on/off valves with a less complex behavior. This was largely compensated by a larger amount of carboys (12) and interactive elements. Here the valves were not controlled with software, but by the movements of the public. The carboys were put on metal bunk beds from an ancient hostel. These were not only serving as practical “shelves”, they also suggested a moment of rest, necessary for getting immersed by the meditative sounds of the work. Other ways of presentation on future occasions are not excluded, depending on the possibilities a space offers and context.