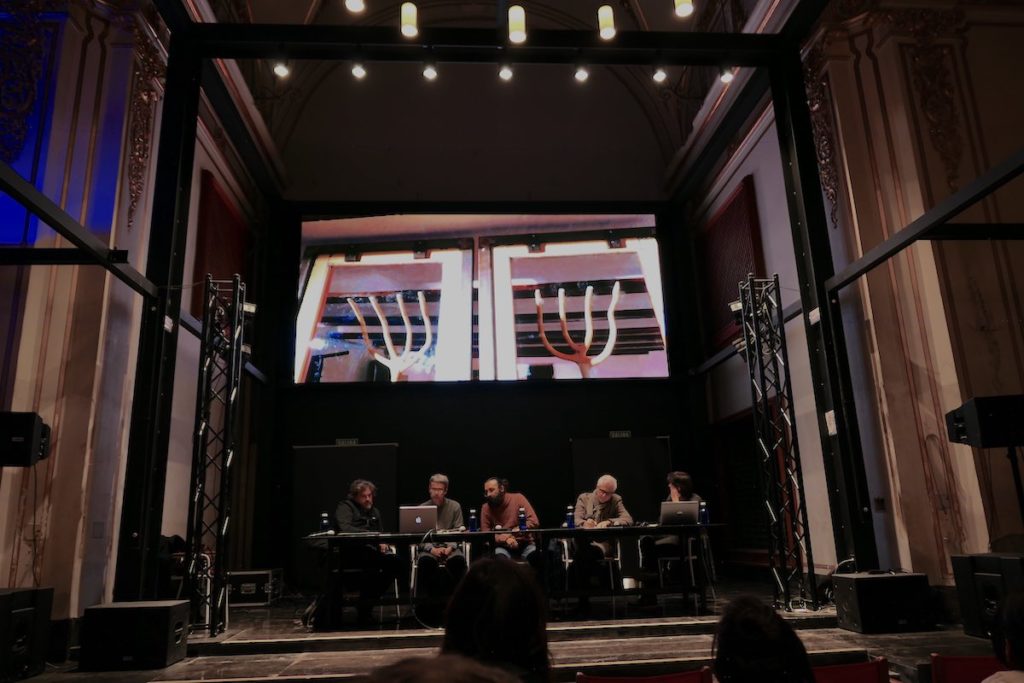 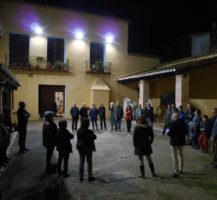 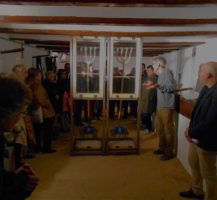 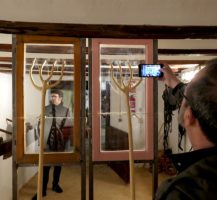 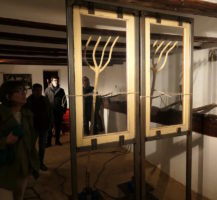 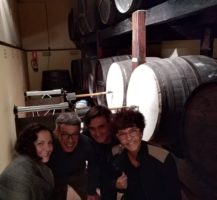 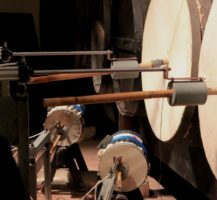 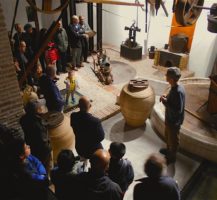 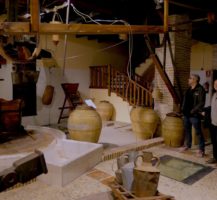 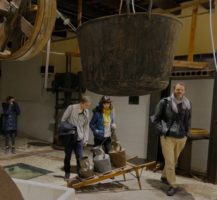 “The first time we visited the Casa Gran we thought at once of our series Último Esfuerzo Rural (“Last Rural Effort”), a series of works wherein we use objects you will all find back in the museum. In this exhibition we present the three works in dialogue with three spaces.

Último Esfuerzo Rural arose from rural life. We are not trying to romanticize this rural life; rather our work is inspired by the creativity and strength of the individuals, so typical of isolated rural communities: the individual him or herself looks for simple, but creative and playful solutions to the problems that occur in the world surrounding them. A lifestyle that´s about to disappear.

Último Esfuerzo Rural I and II were premiered in Valencia at the Ensems festival of contemporary music, 2004. One part consists of giant “zambombas” (lions roars), made of barrels and played by pneumatic cylinders. The other part are wooden pitchforks that, through an unpredictable mechanism, scratch on windows. These forks now found a perfect place in the stable while our barrels are incorporated into a row of barrels in the wine cellar.
A year ago we created the third part of the series, Último Esfuerzo Rural III. We started to collect antiquated metal objects in our village, Chelva. The objects include large pans for boiling onions and funnels made of tin plate, way back used in the production of sausages, and ewers made for measuring quantities of olive oil. These objects are now brought back to life by tiny air-driven industrial vibrators, mingled with the collection of objects in the oil mill of the museum.”

Special thanks to the oil mill Hnos Martínez Zaballos for their wine barrels and ewers. 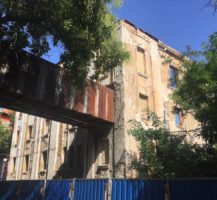 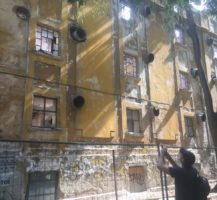 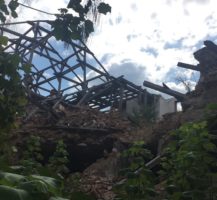 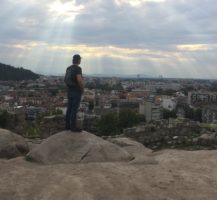 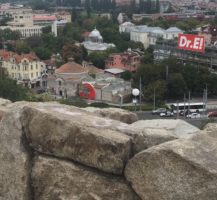 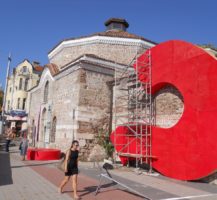 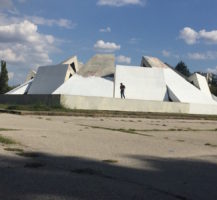 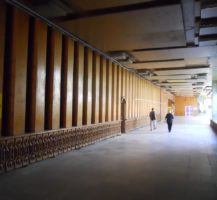 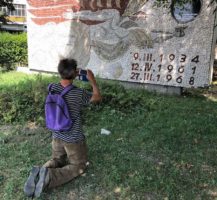 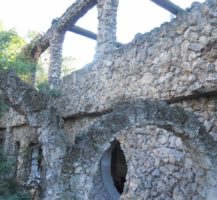 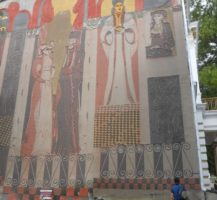 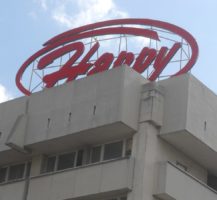 Impressions from the trip to Plovdiv, Bulgaria, investigating the area with Frank Havermans for a new project in the course of 2019. 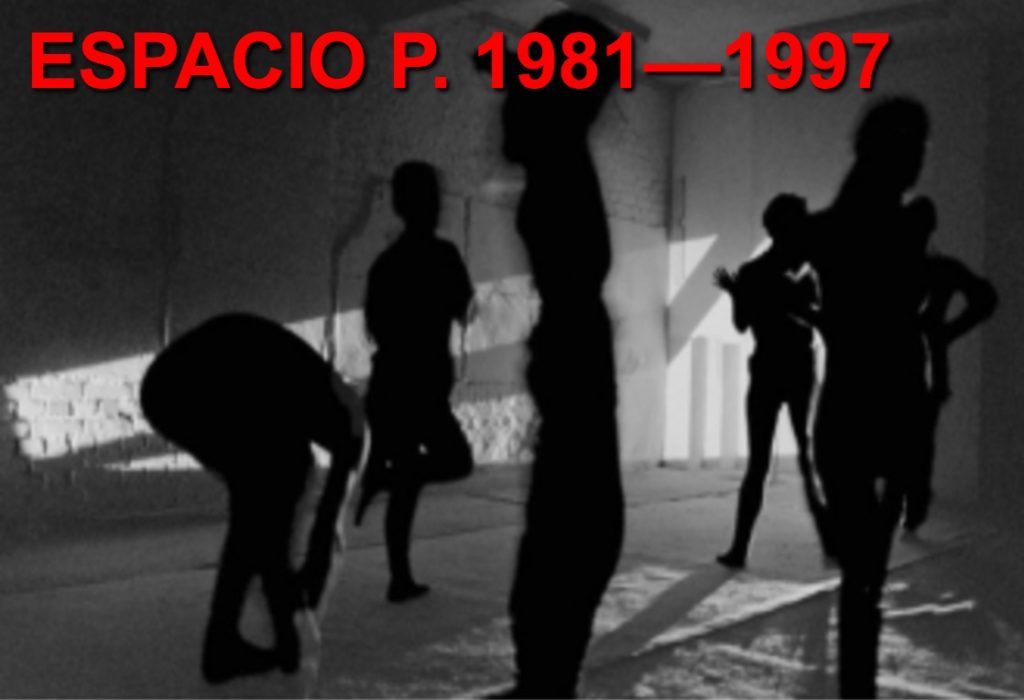 We participate in the exhibition with videos of our works Krachtgever (1995-98) and Electric Swaying Orchestra (1991-92). Curator: Karin Ohlenschlaeger.