November 2016 Bang Spring Time was shown in a new outside version at the  XXIII FESTIVAL INTERNACIONAL PUNTO DE ENCUENTRO, organized by AMEE  at the Centro del Carmen, Valencia. 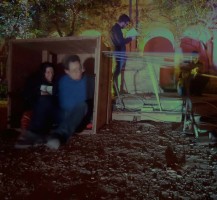 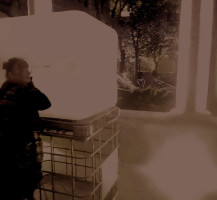 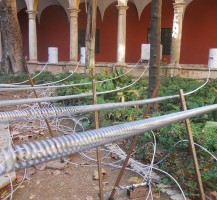 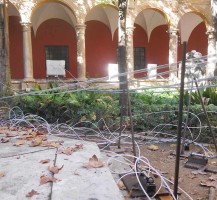 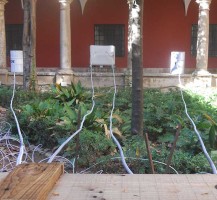 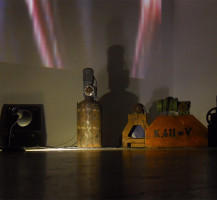 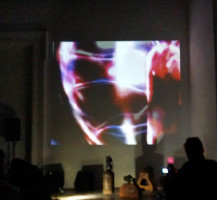 Bang Spring Time is a piece that emerges from a long history of vibrating works with metal springs. It is a long piece, both audibly and visually, a work that needs time to develop and to occupy the space.  As in all of our previous work, the challenge has been to find a way of staying with the essential out of infinite artistic, mechanical and digital possibilities that appear.  It is a journey that becomes more complex during the trajectory of its creation, a long process that ends up disposing of the extraneous in order to end up with only what is necessary to let the poetry speak. We are not using the springs to move and excite other objects, but the springs themselves are the heroines. They act as long strings, relatively heavy and less tightly strung than the strings that are familiar in musical instruments, resulting in the propagation of a “wave” that is much slower and more visible. It seems as though they manipulate the speed of sound as if by magic. One other characteristic of this piece is that it demonstrates in a very pure form how microseconds of difference can completely change the behavior of a resonant system. Its sound is genuine, produced in real time, no tricks.  What you see is what you hear: Very long springs between two resonant bodies. Metal bars strike the springs and a wave is set in motion, traveling between object and object.  The sound is born at the same time as the wave, and when the wave dies out the sound also fades away. Or the other way around?

It was shown for the first time in an outdoors set-up in the garden of the Fonoteca Nacional, Coyoacán, Mexico City, August 2011 as part of the biennale Transitio_mx.
More info about the festival at http://transitiomx.net/ 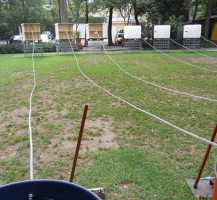 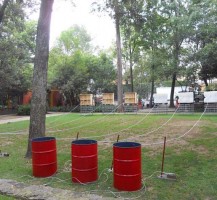 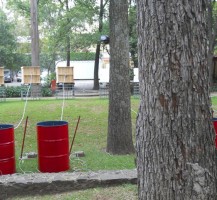 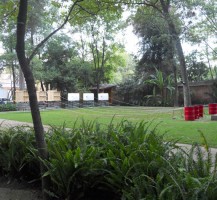 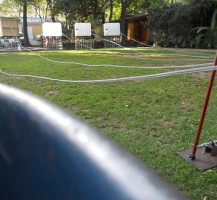 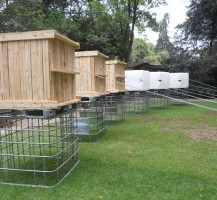 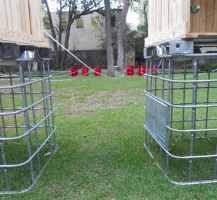 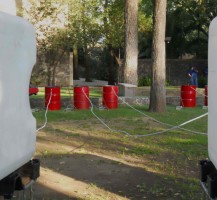 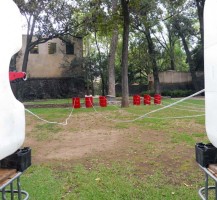 Its first version was produced by and shown at Forja Arte Contemporánea, Valencia, 2009. 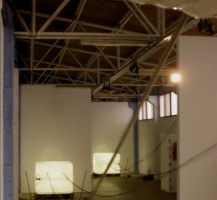 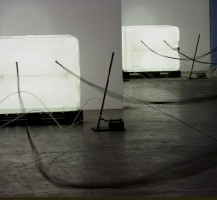 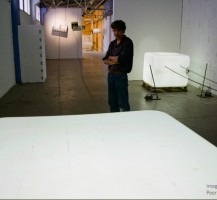 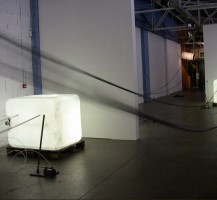 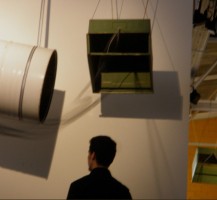 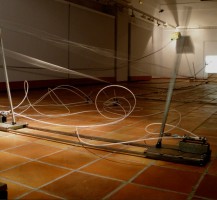 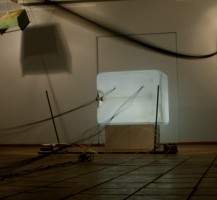 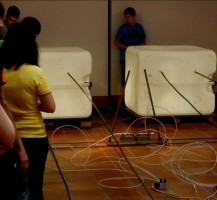 Special thanks to Günter Geiger for his assistance in the development of the software written in PureData and to Peter Van der Hoogt, associate professor at the faculty of mechanical engineering of the University of Twente, Enschede, the Netherlands for helping us with the scientific research.