The Music Machines by Bosch & Simons

“In 1896, Nikola Tesla, one of the great geniuses of the electrical age, strapped a small oscillating motor to the central beam in his Manhattan laboratory and built up a powerful physical resonance that conducted through the building and into the earth to cause an earth-quake in which buildings shook, panes of glass broke and steam pipes ruptured over a twelve block area. He was forced to stop the motor with a blow from a sledge hammer. Tesla stated that he could calculate the resonant frequency of the earth and send into strong vibration with a properly tuned driver of adequate size and specific placement. ”  (*)

This supposition is still true for our vibratory projects. While working on the theme “Resonances stimulated by mechanical vibrations” our main interest was not to amplify just one existing frequency, but to create a complex system in which various frequencies influence each other. This to give rise to unstable balances which the slightest change could disturb enough to produce an unpredictable outcome. As in the Electric Swaying Orchestra (1991-92) forced and natural frequencies of objects, then pendulums now sprung constructions, are so attuned to each other that the movements and sounds created by the installations can change almost imperceptibly from order into chaos and vice versa. The role of the computer is paradoxical: although it has power over the mechanics (electric motors), it can foresee only partly the physical outcome of its decisions. Alongside unstable balances and order and chaos, another element is sound. The pure power of sound and the pure existence of sound (music) manifest remains an integral part of al our installations. The medium sound gives power over a specific place, it occupies that space: Our vibratory projects permit us to generate vibrations with which we can fill the space. Sound waves are after all vibrations!

(*) from: ‘The Sound of One Line Scanning’ by Bill Viola in Sound by Artists, Walter Phillips Gallery, Banff, Canada,1990, p.43 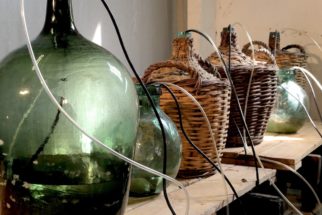 Acuática is a new project in which we capture and mix the sound of air bubbles in carboys filled with water, premiered in CentroCentro, Madrid, October 2019. 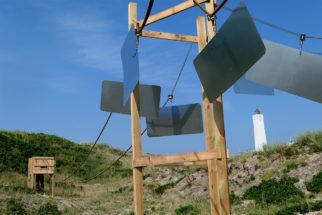 A work, powered by the wind that blows six metal plates which hit long metal springs in an extremely unpredictable way. 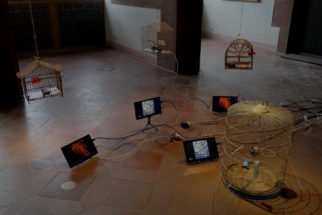 Sounding Industrial vibrators, placed in animal cages, become a relic of what once was a living creature, creating an audio-visual metaphor of a biomechanical machine. 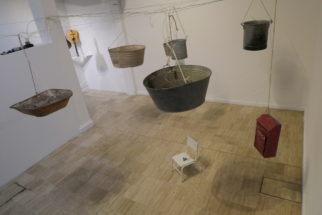 Último Intento Minero is just the start of a new series in which we transform the properties and history of objects that are characteristic of a city or country into sound and image. 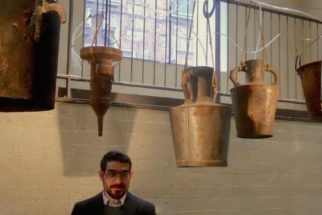 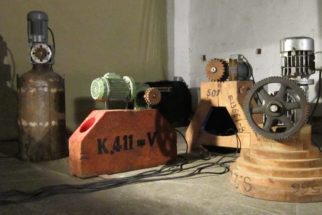 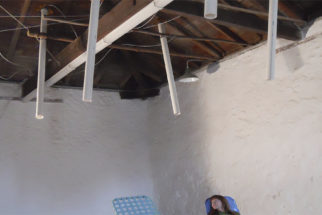 Mirlitones was commissioned by DordtYart, Dordrecht in 2012. A new, improved version was shown at Kidogo, Fremantle during the ICMC / Totally Huge New Music Festival, Perth, 2013. 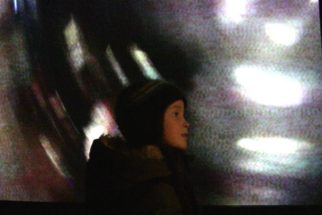 Wilberforces is a new work within our long series of vibratory projects. The title refers directly to a phenomenon from science, the Wilberforce Pendulum. This pendulum is nothing more than a hung metal spring with below it a central weight plus eccentric weights for calibration. 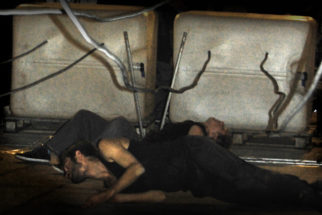 Chutes Libres de Printemps is a project by Le 8 renversé and Bosch & Simons, a performance by two dancers, double bass and our work Bang Spring Time. 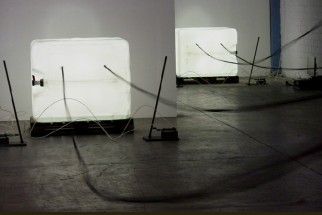 What you see is what you hear: Very long springs between two resonant bodies. Metal bars strike the springs and a wave is set in motion. The sound is born at the same time as the wave, and when the wave dies out the sound also fades away. Or the other way around? 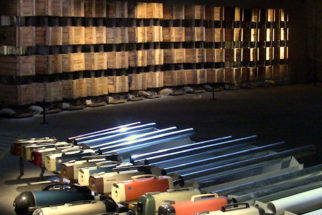 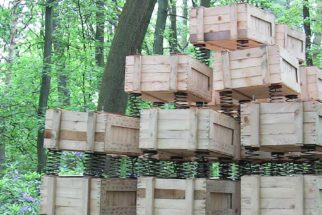 What makes the work different from our other vibratory projects is its environment. The boxes and metal springs abandoned the closed space and inhabit a romantic wood in Belgium. This way the project acquires an almost meditative charge. 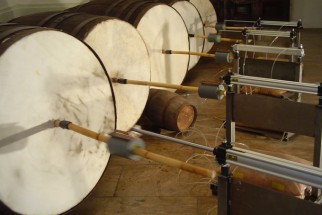 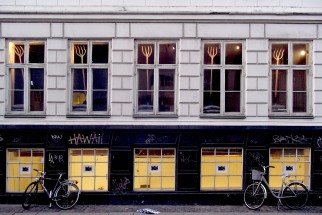 Both parts of Último Esfuerzo Rural produce sounds, big or little, always coarse, sensitive and individual. Part I consists of pitchforks which scratch on glass of windows to be enjoyed inside and outside of the space. 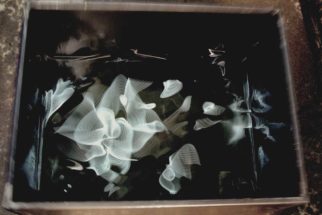 Oil is sent into vibration and the surface starts to undulate, changing constantly. Light reflected onto the surface of the oil is fragmented. The results are captured with a video camera and projected on a wall, energetic and very hypnotic. 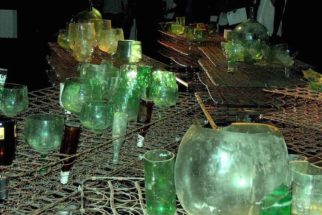 Hundreds of metal springs, originally tied together to serve as a mattress, form an extremely complex surface when put into movement. Oscillating motors cause glass bottles, placed on these spring mattresses, to rattle against on another in many ways. 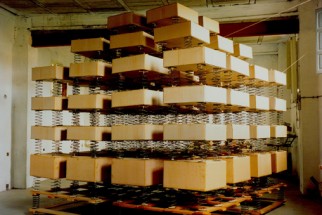 A Castle for Kobe was simply a necessity. A small monument in the spirit of Japan. Not something heavy and monumental, meant for eternity, but something fleeting, portable, lightweight. 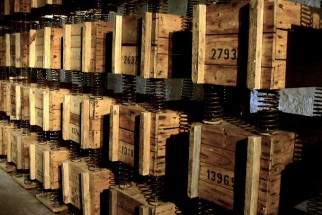 The Krachtgever , a 12 meter long wall of wooden crates and metal springs is probably our best-known piece for its Golden Nica, received in 1998 at the Prix Ars Electronica, Linz. 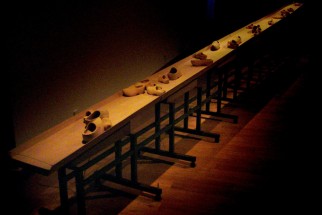 The vibrations generated in the Trajectversterker and Vooruitgang are able to transport objects over a distance on a track constructed of wooden sound chambers. 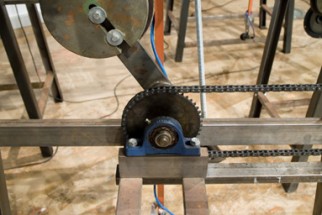 Parametrically-driven pendulums is a well-known subject within the cadre of order and chaos theories. Unpredictable, labile equilibriums lead to situations that are impossible to control entirely. 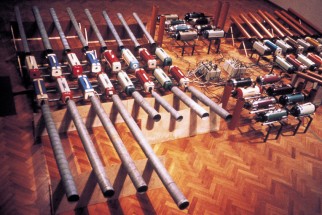 An apparently unpredictable sequence of timbres, harmonies and dynamics are combined to create the illusion of a living object.