Springtime in a Small Town is an exceptional work within the series of vibratory projects. Built in the same way as the various versions of A Castle for Kobe but with wooden crates instead of cardboard boxes. The crates are of almost the same size as the ones of the Krachtgever. What makes the work really differ from its predecessors is its environment. The boxes and coil-springs abandoned the closed space and inhabit a romantic wood in Belgium. The sound of Springtime in a Small Town is less dynamic compared with the Krachtgever and therefore mixes perfectly with the sound world of the wood. In the appearance of the crates the organic dominates over the theatrical, they seem to belong to the wood. This way the project, while technically the same as its predecessors, acquires an almost meditative charge. Alike all our vibratory projects it forms a complex system wherein various frequencies influence each other. Vibrations, evoked by motors, and the natural frequencies of the sprung construction are so attuned to each other that the slightest change in the situation may be enough to produce an unpredictable outcome. The movements and sounds created can change almost imperceptibly from order into chaos and vice versa. The sound swells or diminishes with continuously changing textures, once heard never to return in this constant stream of change. The pure power of sound remains an integral part of our work. The medium sound gives us power over a specific place, it occupies that space, leads to its enchantment. The special environment that offered by KLANKENBOS makes these words come true more than ever.

Springtime in a Small Town is built for the KLANKENBOS in Neerpelt, Belgium, commissioned by Stichting Musica. May 2014 the original boxes have been replaced by new ones, made of cedar wood.

Special thanks to Günter Geiger for his contribution in the choice and development of software and hardware. 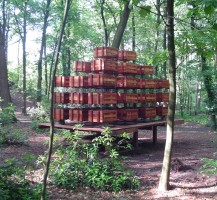 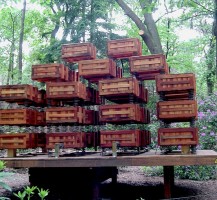 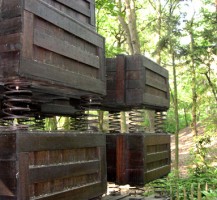 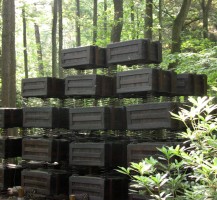 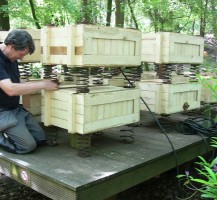 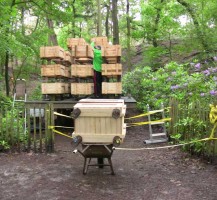 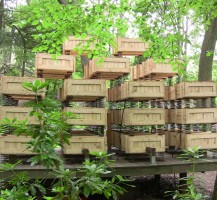 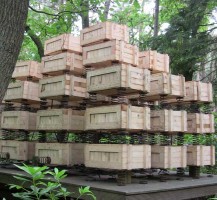 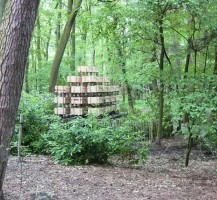