Cantan un Huevo consists of from five of up to fifteen independent vibration units, each with a behaviour as complex as a complete Krachtgever. Hundreds of metal springs, originally tied together to serve as a mattress, form an extremely complex surface when put into movement. A light-weight oscillating motor causes glass bottles, placed on these mattress springs, to rattle against on another. Only glass is heard. The idea for this work developed from the remarkable recordings we made on a ship from Kiel to Oslo.

The imperceptible vibrations from the ship caused the liquor bottles on the shelves in the tax-free shop to rattle, and the effect was quite hallucinatory. The vibration was a lovely long, slow wave which caused sound to swell out of nothing and to fade back in the same way. Over and over again. The first version of Cantan un Huevo consisted of just five shaking tables and was commissioned by the Ives Ensemble, Amsterdam. An airy, subtle celebration of sound, performed by four musicians together with the installation, and premiered at the IJsbreker, Amsterdam, in March 2000. A bigger version with nine shaking tables was premiered at the Tschumi Paviljoen, Groningen, in July 2000. Finally, for an exhibition at Metrònom, Barcelona, in December 2001, the installation was expanded to a total of fifteen shaking tables. The sonic output was greatly increased in terms of complexity and dynamics, varying from subtle almost-silence to massive clouds of high frequencies. In 2002 Cantan un Huevo received a mention (second prize) at the International Competition for Electroacoustic music and Sonic Art, Bourges, France, in the category of “installations”.

(with harp, trombone, cello and percussion) 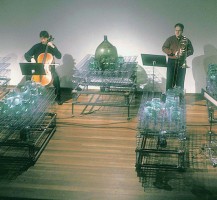 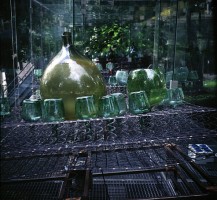 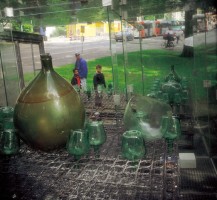 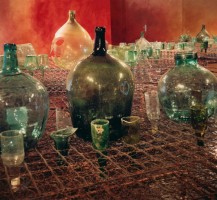 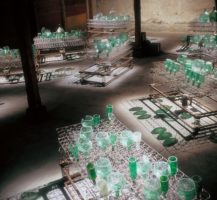 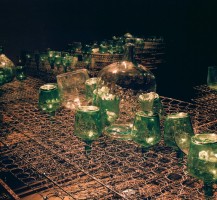 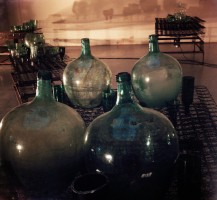 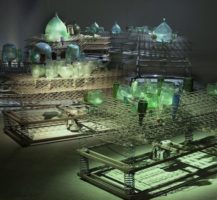 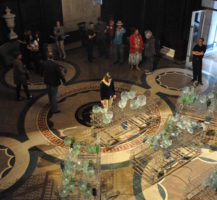 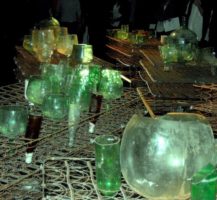